The 2010 World Footbag Championships videos, going back in time

You have to know that I was on site to film most of the videos I shot for this project but I also participated in most of these tournaments as a player. The 2010 World Footbag Championships was no exception and I had a lot of fun to play in this edition of the most important annual tournament in our sport. I was also proud to finish in 6th place in the open singles net competition although I don't have any images from my own matches as I only start to film from the semi finals on, usually. There was a lot of good action in the finals matches though and let's see how the women did in their doubles finals:
You can see more free videos on this tournament's dedicated page as well as my comments on every match. For those who were there or want to study the games in all the details the complete matches are available, on demand, here 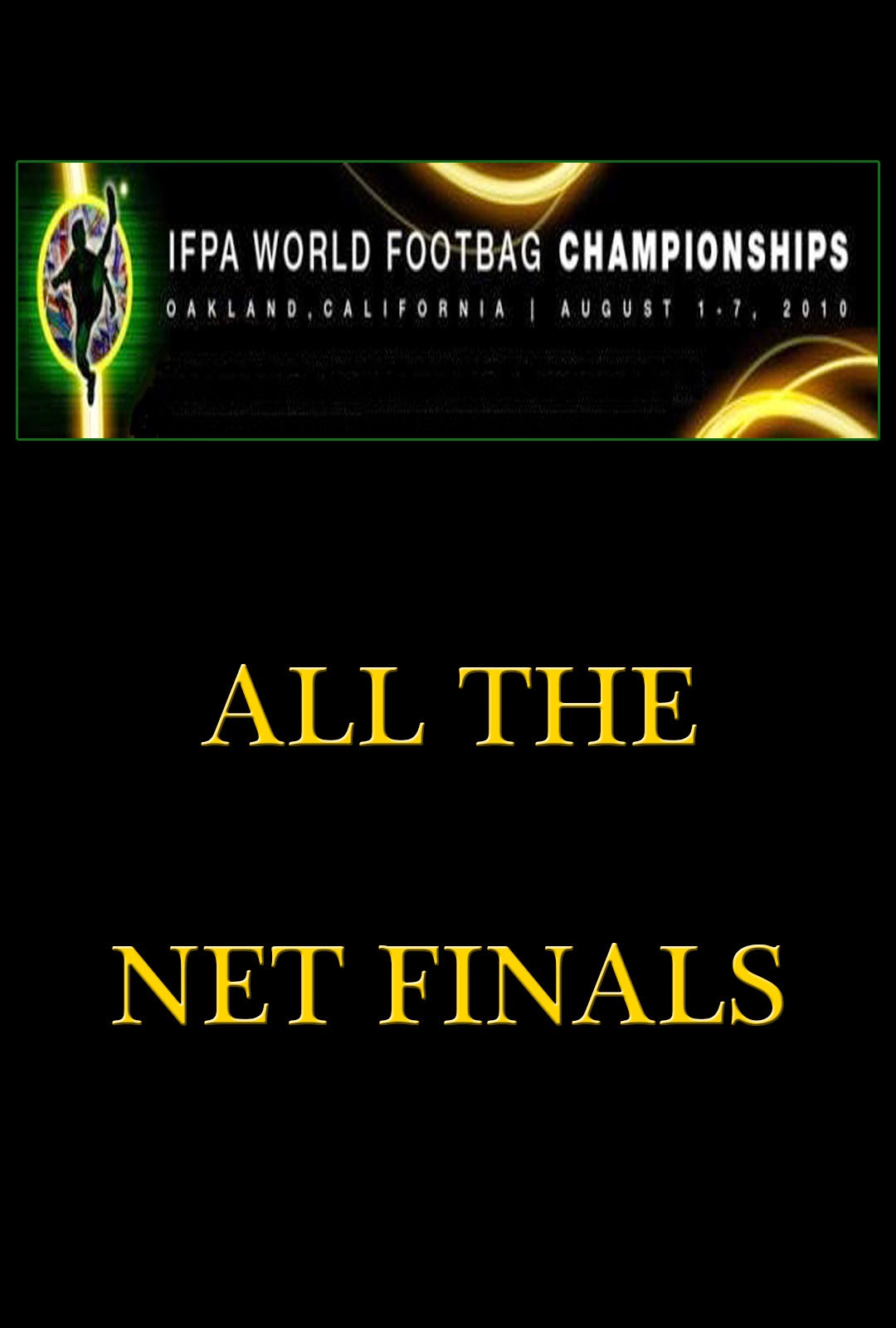 The 2013 World Footbag Championships were in my hometown, Montreal, Quebec. I filmed all the net finals with 2 cameras, one in the back of the court and one on the side of the net where you can see all the acrobatics very clearly. I finally finished all the videos at the beginning of the month of december 2014 and you can see the results on the 2013 page of the site.

This was a lot of fun to make and I hope you'll enjoy to watch these great athletes kick as much as I did.
My favorite match: The open doubles finals, as it should be, but it's not always the case. This is the most prestigious title as most players will practice much more doubles than singles in Footbag net.

The complete matches cleanly edited with all the scores and a lot of slow motion replays are also availble, on demand, on this page 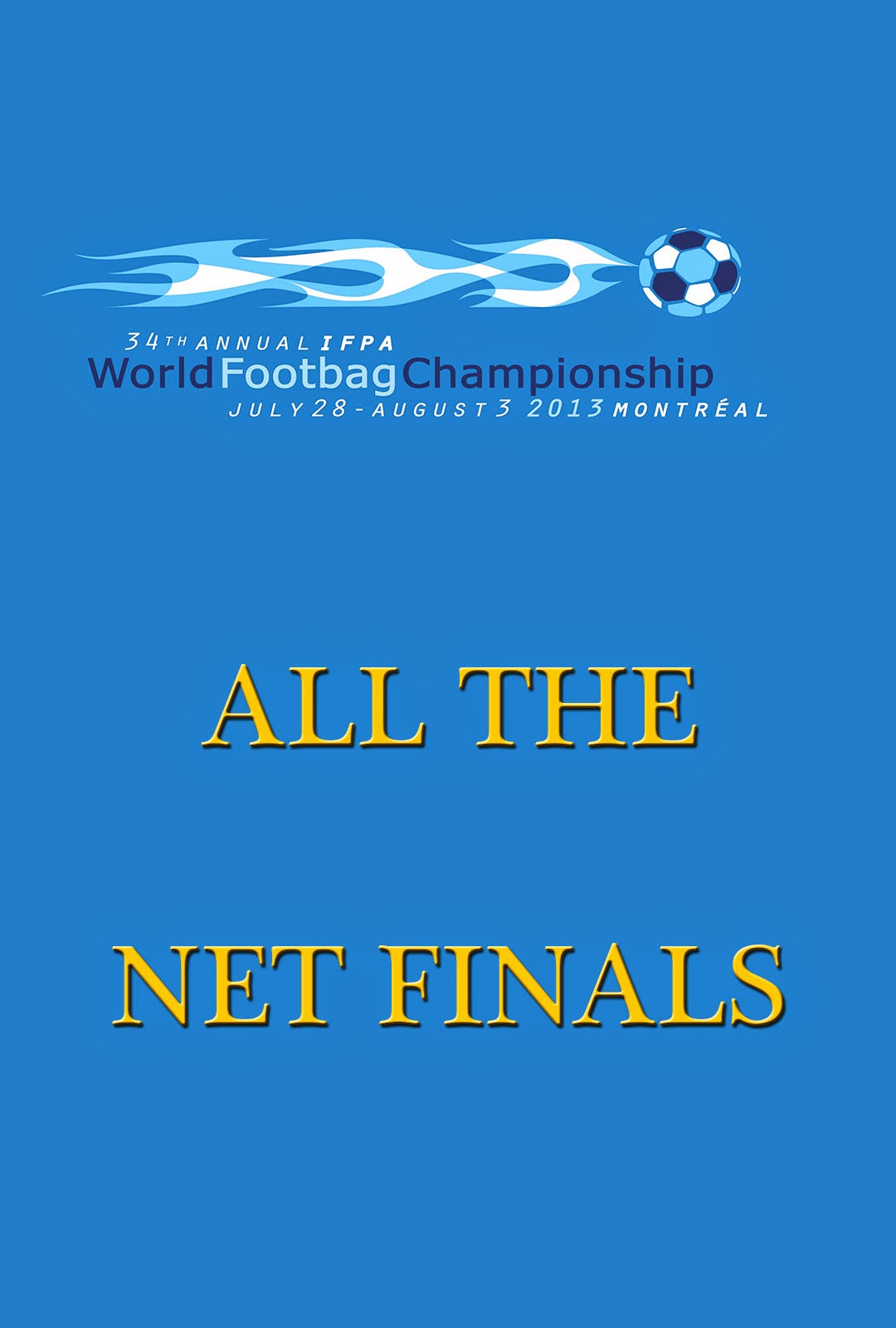 The eagle has landed, Footbag Archives is live.

Finally is the first word that comes to my mind when I think about the adventures of FootbagArchives.com. I had my first footbag tournament filmed in 1989 right here in my hometown of Montreal. The images from this one are pretty degraded as it was shot in regular VHS but still one clip was produced with it and it will be published eventually.

The goal of this site is to make all of the video that I collected and edited available to the footbag community. First and foremost for the players to have souvenirs that are a little bit more solid that just their recollections. Secondly for all the ones who watched or were involved as players, tournament organizers and spectators. Of course it will also be useful for those who would want to study the game and the players that made it to the finals. Overall I always felt that a sport that is not well documented loses part of its legacy.

For this launch I will make available the finals of the five net categories at the 2014 and 2013 World Footbag Championships: Open singles, women singles, open doubles, women doubles and mixed double. There will be free previews available for each match and for those who would want to see the entire games, with the scores, they will be available on demand. The Montreal annual tournament the Akisphere 2014 is also ready in the form of the doubles finals.

I guess the match that the most people wanted to watch from Worlds 2014 is the singles finals as it's been a really long time since a player from the USA won that title. Randy Mulder was the last one to win it in 1997 and now the crown belongs to Walt Houston from Memphis, TN who defeated Florian Götze in 3 consecutive sets. So without further due let's see the preview of that match:

Now a little bit more on the history of this site


As I mentioned earlier I started to document footbag tournaments in 1989. The first years I pretty much gathered video about the local tournament ''Le Championnat de Footbag de Montréal'' and some of these years nothing was filmed at all. In 1996 I organized the first World Footbag Championships out of the USA. That was the occasion to film with a little better quality. A Hi 8 camera was used and a lot of images were taken by Bruno Dubuc a fellow kicker. The 1997 Montreal International Footbag Championship and 1998 Worlds were filmed with a