Yep 2015 was a great year at the World Footbag Championships and the freestyle competition was certainly hot. Pro Kicker production is proud to present it's latest release: Freestyle, The Finals Night.


It's a complete recollection of everything that happened that night:


Well I hope that you'll enjoy the trailer and like it enough to buy the entire collection of clips from the 2015 World Footbag Championships Freestyle Finals Night.
Posted by footbagarchives at 12/23/2015 12:37:00 AM No comments:

I finished to edit and publish all the net videos from the 2015 Copenhagen Worlds and it is my pleasure to announce that the virtual DVD is alive and kicking. For our freestyle fans the freestyle finals videos are on the cooker.

Here's the preview for you to enjoy:

This was a fun tournament and I filmed a lot of great shots. If you love this sport as much as I do you will want to check this material in and out. You can buy the virtual DVD (you can watch the matches online from anywhere in the world and download the clips at will.) for a modest contribution considering the small amount of net kickers in the World. Thanks for supporting Pro Kicker as we are involved in the archiving of the great matches played in every World Championships since 2001. Also the 1996 and 1998 Worlds were heavily video documented as the owner of Pro Kicker was the main organizer. Stay tuned for more video history on Footbag Archives.
Posted by footbagarchives at 12/03/2015 03:37:00 AM No comments:

This has been a long time coming but finally I published the online virtual DVD featuring all the freestyle finals routines from Worlds 2014 in Paris. You can see them all at: http://wfc14freefinals.footbagarchives.com/  The trailer is free.

I made a clip with all the routines for Men's, Women's and Team's categories showing all the competitors in the order that they performed. I also made a separate clip for all the routines so each one of them can be purchased individually. So if you want to see and / or download your routine it will set you back 1 Euro.

*Note: The team performance of Paloma Mayo / Sergio Garcia is only partially filmed due to technical difficulties. We are sorry for that as it was a very entertaining routine. As such this partial routine clip is offered for free in the bonus features at the bottom of the page. 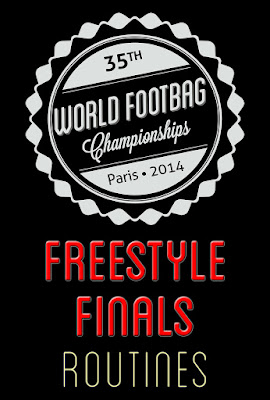 The Akisphère 2011, Montreal's annual Footbag net tournament, was hot as in hot and humid weather but also as a hot doubles finals. A new free highlights video and the complete games with scores on demand are available right now. Find all the info on that page: Akisphère 2011 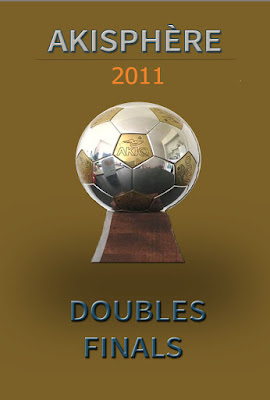 It took a little longer than expected but here they are, the newest videos covering the net finals of the 2012 World Footbag Championships with my description and comments on the matches added.

You can also watch the complete matches with scores and a lot of slow motion in HD on demand here.

This was a historical moment as the Championships went to Poland for the first time. The crew over there did a great job, it wasn't perfect but it was a lot of fun to play in this tournament.

This page completes the complete coverage of the net finals for the 5 years covering 2010 to 2014 I hope you will enjoy my work as much as I was passionate about producing it.

The videos for the 2011 IFPA World Footbag Championships net finals have been online for a little while now but I wanted to finish all the stats before making the official announcement. So here it is, the page with the videos of the best plays, my comments on the match + all the advanced stats is complete. The freestyle part will come later, I hope before spring. If you're interested in buying the souvenir virtual DVD with the complete finals matches with all the scores added and lots of slow motion just follow this link. You will find another free clip, the trailer for this work of art features the mixed doubles finals game 1 best plays to the music. 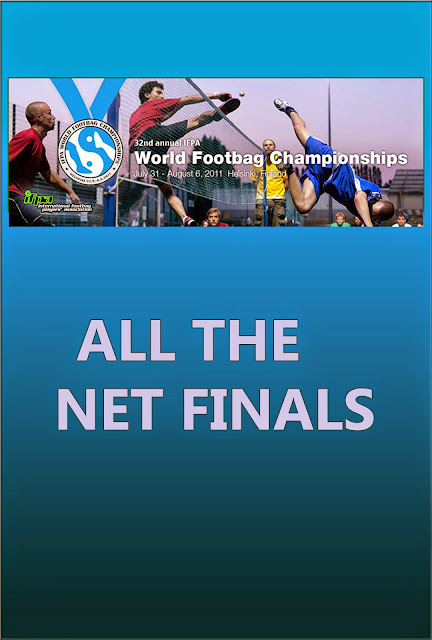 Happy New Year to all of our readers! We wish you a lot of happy kicking in 2015